The races in professional cycling have already been running again for a few weeks. With Omloop het Nieuwsblad, Kuurne-Brussels-Kuurne and Paris-Nice – to name but a few – already run. This weekend the first Monument of the season took place with Milan SanRemo. The race nicknamed “La Primavera” (The Spring) is one of the most important of the year.

Milan SanRemo is one of the most traditional events in cycling. First held in 1907, it is now in its 112th year. The nickname “La Primavera” comes from the traditional event date at the end of March – fitting for the beginning of spring. The title is often read as “prima vera corsa”, which means the first real bicycle race. Here the meaning is ambiguous. A race steeped in tradition, Milan SanRemo has been held regularly for over 100 years, but is not the oldest event on the World Tour calendar (Liège-Bastogne-Liège / La Doyenne). And while a few decades ago it was the proper start of the season to participate here (and win if possible), now with Omloop het Nieuwsblad or Paris-Nice other prestigious races take place before.

Another nickname is “La Classicissima” (The Classicist).

The route of Milan SanRemo

The routing of the race is as simple as it is complicated. According to the title, the route leads from the fashion city of Milan to the coastal town of SanRemo. The main characteristic of the track is its enormous length. With about 300 kilometers (including neutralization) and a duration of usually more than 7 hours, “La Primavera” is the longest race day of the year for many riders. Even if the exact route has changed over the years, the following points are often decisive for the race.

On the last 30 kilometres there are, as always, two climbs to master. The Cipressa and the Poggio di SanRemo are neither significantly steep nor very long, so the selection in the peloton is forced by a high pace.

With the help of the route planner Komoot, we want to experience the spring classics ourselves this year. Unfortunately, the Covid-19 pandemic prevents us from going to Italy and experiencing the original Milan SanRemo route, so we have planned an alternative in our training area around Aachen.

The characteristic profile with Poggio and Cipressa is of course difficult to recreate, which is why we primarily focused on the long race duration. Even though we have done plenty of basic mileage so far, a 200 kilometer tour in the middle of March is quite an undertaking.

Starting from the starting point at Aachen’s Westfriedhof – here you can also park well 😉 – the route first leads in the direction of Valkenburg, the city that is best known among road cyclists for the arrival of the Amstel Gold Race. We’ll be traveling around this area a bit more in a few weeks, too. The first real destination, however, is the Tom Dumoulin Bikepark, an innovative training ground for racing cyclists. After that, we head north. Here, some traffic-calmed sections, for example in the Meinweg nature reserve, are used.

Along the opencast mines

Next, the route of our DIY Milan SanRemo leads along the opencast mines Gatzweiler 1+2 before we approach the Hambach opencast mine via the Terra Nova Speedway. The unpaved factory roads are almost reminiscent of a closed-off racetrack. So you can enjoy the training twice as much.

From Jülich onwards, an old railway line leads back in the direction of Aachen. Similar to the regionally known Vennbahntrasse, you can also ride nice and steady, provided you watch out for the one or other pedestrian.

Our Milan SanRemo in the DoItYourself format started off quite bumpy. The bikes were prepped, tire pressure checked, chain oiled (well, waxed actually) and water bottles filled when issues with the Wahoo app and Elemnt bike computer slowed us down. Routes from Komoot could not be syncronized with the device. We don’t know exactly where the problem occurred, but we hope that it will be fixed quickly.

Consequently, we had to do some rescheduling.

After thinking about it for a while, we decided to start the navigation via the IOS app from Komoot, and in the end we were pleasantly surprised. So with my phone in my jersey pocket and regular voice-over navigation commands, off we went. A bit unusual, but happy to be out and about in excellent weather.

On the road in Mergelland

The first hour was very unspectacular, as we know this section of the track from countless training rides. Up to Valkenburg we were able to find a good rhythm and set the pace with an average of 30,6 km/h.

On the way to the Tom Dumoulin bike park then the first setback. With heavy wind noises we overhear a hint and get lost. Fortunately, we notice our mistake after only a few hundred meters and are quickly back on the planned route. We will pay more attention to this in the future – which does not mean that it has happened to us at least 10 more times.

In addition, our cut dropped sharply with the passage through Sittard and some traffic lights and intersections. The Zandberg, a short climb, not even 300 meters long, but up to 19% steep, was not exactly a good mood either.

Thank God we quickly found back into our rhythm. The next hour we could reach an average of over 32 km/h and thus make up ground.

The section through the ‘Nationaal Park De Meinweg’ near Herkenbosch was a real highlight of this tour. For almost nine kilometres, a disused and closed country road leads through the reserve to the German-Dutch border.

When we drive through the Lüttelforst shortly afterwards, a road sign makes our hearts pound – have we lost our way again? The sign says big Lousberg, but we don’t find the hill with the revolving café from the Aachen area here. The namesake of our aachen climb is neither as steep nor as long, but at least as beautiful.

After passing the first open pit section we stopped for a short gas station break in Elsen near Grevenbroich. Cola, water, Snickers and pretzels – an original snack that the racers don’t allow themselves. Well fortified, we then continued in the direction of the Terra Nova Speedway. The former spoil belt route is nowadays asphalted and open to the public. Cyclists, inline skaters and walkers enjoy nature hand in hand on the wide road.

Here begins for us now the difficult part of the route. Even if this is not directly apparent from the route planning. With headwind the way back leads us via Jülich back to Aachen. However, with enough basic mileage, this is not a problem. Amazingly fit we arrive home. With arrival and departure to the starting point we come to a total of 219 kilometers. DIY Milan SanRemo ✓

For us, our first Komoot Classic event was a real success. Even though the start was a bit different than planned, we were able to ride a wonderful route thanks to the Komoot app. Especially the sections Meinweg, Lüttelforst and the Terra Nova Speedway were really fun, because you are completely without traffic. You will soon find this route, and many more, in our Komoot Collection.

In recent years, Milan SanRemo has clearly emerged as a classic or monument for sprinters. With good form and sufficient support from their own team, they often make it over the final climbs and can then decide the final in their favour. Erik Zabel (4 times) or riders like Arnaud Demare, Mark Cavendish or Mario Cipollini could win here.

On the other hand, fast classics riders can also win this difficult race. Because of the enormous length the riders at Milan SanRemo are challenged again and again. Specialists who are still able to perform at a high level after such a long distance, always break away at the Poggio, leave the sprinters behind and can thus decide the race among themselves. Riders like John Degenkolb, Julian Alaphilippe and Wout Van Aert but also Vincenzo Nibali or Michal Kwiatkowski could win the race this way.

This year Mathieu van der Poel was the clear favourite for this race. He has already impressively won races like the Tour of Flanders and the Amstel Gold Race in recent years, and he dominates in cyclocross. With his successes at Strade Bianche and Tirreno Adriatico, as well as strong races at Kuurne-Brussels-Kuurne and Le Samyn, he has already proven his form this season.

In the Milan SanRemo final, Team Jumbo Visma first took control for last year’s winner Wout van Aert before Luke Rowe and Filippo Ganna of the Ineos Grenadiers decided to shape the race action. With a very high pace on Cipressa and Poggio they tried to make life difficult for sprinters like Sam Bennett. The decisive attack was not made by Tom Pidcock or Michał Kwiatkowski but by the reigning world champion Julian Alaphilippe. Most of the top riders were able to follow him, like surprisingly Caleb Ewan and from a German point of view Max Schachmann. The 27-year-old had just crowned himself back-to-back winner at Paris-Nice a few days ago.

However, the Belgian Jasper Stuyven surprised in the end. During his attack in the descent from the Poggio, barely 3 kilometres from the finish, the favourites look at each other. No one wants to do the tracking work. The plan worked and so the group caught up with him just behind the finish line. The victory at Milan SanRemo is the biggest success of his career so far. Peter Sagan also put in a strong performance, slowed down by a Covid-19 illness he had recently shown some lack of training and form. Here, however, he finished fourth.

Especially on long distances like our DIY Milan SanRemo it is important to eat enough carbohydrates, otherwise you might get hungry. Bars, gels and isotonic drinks are not only the choice of professionals, but also ideal for us amateur athletes. Small and with a high energy density, they fit into any jersey pocket and are easy and quick to take.

You can find a selection of products in our sports nutrition category! 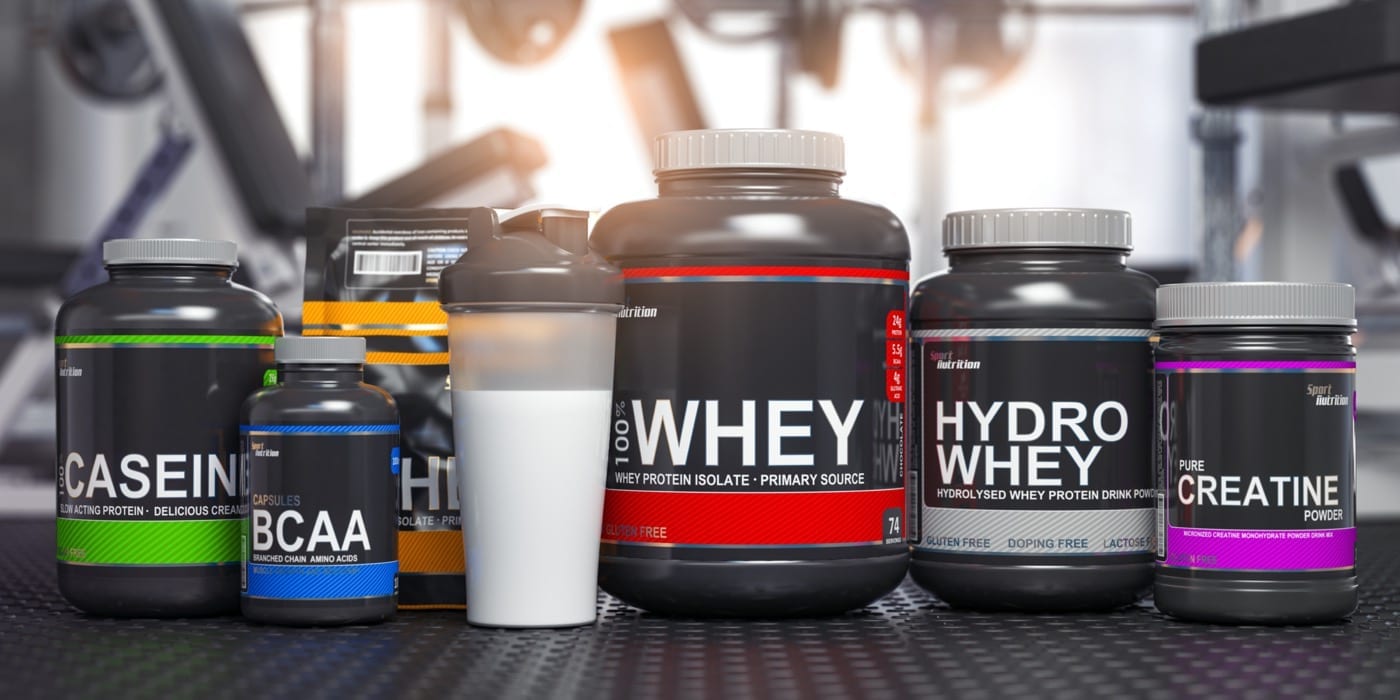