The past week has brought a formal wave of exciting new products, most notably new pedal power meters.

In the cycling scene there are two typical times each year to present and/or launch new products. These are on the one hand the Eurobike in September and on the other hand the start of the season in spring. This week two manufacturers have introduced interesting new power meters that we can hardly wait for.

With Garmin and Wahoo, two direct competitors – so far, however, in the field of bike computers – present a pedal power meter. Garmin has been known as a pioneer in this field for several years now with the Vector and Vector S. For Wahoo, the new Powerlink Zero is the first pedal power meter, which makes it all the more exciting from our perspective.

The Garmin Vector was the first pedal power meter to make it to market 8 years ago now. Only available for Look Kéo Cleats, he quickly found approval from customers. The initial problems, especially with the external pedal pods, were completely eliminated in the last generation. Garmin’s Cycling Dynamics also add value over traditional crank & spider power meters.

Meanwhile there are some alternatives with the Favero Assioma, Powertap P2 and SRM EXAKT. With the SRM X-Power and the above mentioned Wahoo Powerlink Zero there are also pedal power meters that are compatible with Speedplay and the popular mountain bike SPD system.

Garmin Rally is the name of the new powermeter pedal and it is really promising from our point of view. Available in 6 configurations, Garmin leaves nothing to be desired. The Garmin Rally is no longer only available for Look Kéo but also for the SPD and SPD-SL system. Suitable for Gravel, Cyclocross and Crosscountry it opens up a lot of new possibilities. The price range is between 649,99€ and 1199,99€. Regardless of the pedal cleats, the power meters are offered both as a single-sided measuring entry-level version without Cycling Dynamics – XC100, RK100, RS100 – and as a higher-quality, double-sided measuring system. These are given the model designations XC200, RK200 and RS200.

What can Garmin Rally do?

Weight, accuracy, assembly – you know the drill. It’s always the same issues, so we get those out of the way.

According to Garmin, the Rally powermeters are simply mounted like a normal pedal with a pedal wrench and have an accuracy of +/- 1%. The maximum rider weight is 105 kg. Of course, the Garmin Rally pedals are ANT+ and Bluetooth compatible which allows use with the usual bike computers from Garmin, Wahoo and co.

Battery life is 120 hours and is provided by four LR44/SR44 or two CR1/3N button cells. The Pedalpowermeter is weatherproof according to IPX7 standard. The weight depends on the pedal system.

By the way, you can change the pedal system of the Garmin Rally Powermeter with a suitable conversion kit. The pedal axle with the measuring technology then remains the same, and only the pedal body is exchanged.

A highlight for all Garmin Vector 3 users is certainly that the conversion kit for SPD and SPD SL is also compatible here. So you can convert your old Powermeter to the SPD system, which is advantageous for gravel and cross-country, or to the SPD-SL system, which is preferred by some road riders.

The new Wahoo pedal power meter Powerlink Zero is a leak and not an unveiled product. But how did it actually come about?

Sep 24, 2019 – Wahoo buys Speedplay – this not-so-surprising move was 18 months ago now, and the news has been quiet in the meantime. Speculation about a possible pedal power meter, as a competitor to products from Favero, Garmin, SRM and Powertap/QUARQ was definitely in the air though.

The most expensive and also the highest quality model. A double-sided pedal made of titanium and carbon. With a total weight of just 168g per pair enormously light.

The disadvantage – the maximum permissible weight is 82Kg. From our point of view, something very alien from everyman cycling and even unsuitable for some professionals like Max Walscheid (1.99m and about 90kg).

These pedals are mainly made of stainless steel and with 222g only slightly heavier. There is no weight restriction here.

232g – an axle made of chromium-molybdenum alloy Chromoly – a Grivory polyphthalamide pedal body. The low-priced Comp version of the new Wahoo Speedplay pedals can also be seen. Especially in price and weight comparison a good alternative for beginners.

The only single-sided pedal in the range weighs 224g and, like the Speedplay Zero, is equipped with a stainless steel axle. As with the Elemnt Bolt and Roam bike computers, Wahoo relies on an aerodynamically optimized underside. We doubt whether you can gain a measurable advantage with this.

All pedals have triple sealed cartridge and needle bearings and an adjustable range of motion between 0° and 15°. The cornering clearance is 39°, with the exception of the aero pedals.

The pedals have a very clean design, which is also due to the round shape of the Speedplay system. Mounting is only possible with an Allen key

So far, as I said, there is only one announcement for the new Pedalpowermeter, so far here’s what we know.

The Powermeter will be based on the Speedplay Zero pedal and just like this it will have a stainless steel axle with a Grivory pedal body. It is supposed to be a double-sided measuring powermeter system and the weight with 276g is only 54g higher than the standard pedal. The pedals should be available from summer this year. Although the price is not yet known, it is probably safe to assume that it will remain under 1000€.

The silhouette of the Wahoo Powerlink Zero is reminiscent of the Favero Assioma, meaning the technology is not fully integrated into the pedal axle. Our experience shows that, unlike the Vector 1 & 2 pods, there are no problems.

Considering the powermeter announcement, we are left with some unanswered questions. First and foremost, assembly – this has been a hotly debated topic with pedalpowermeters. Mounting brackets and other methods are actually a thing of the past. Today, it must not become more complicated than a normal pedal.

What is the battery / battery life like? We don’t know yet if the Powermeter will be rechargeable like the Assioma or X-Power or if it will have a replaceable battery. So anything between 30 and 150 hours is conceivable.

Measurement precision – 1%, 1.5%, 2% – we have heard many things from various manufacturers over the years. In the end, however, we are interested in how the whole thing looks after a field test.

What data do we actually get? Of course, we expect cadence, power and left/right distribution from a double-sided pedal power meter. Garmin’s Cycling Dynamics, for example, go above and beyond – are we getting something similar here?

The announcement of new pedal power meters by Garmin and Wahoo is creating a real slide in the power meter market. Even though SRM already has an SPD compatible powermeter on the market with the X-Power, it was not able to establish itself due to delivery problems. The announcement of the Rally XC, Rally RS and Powerlink Zero now opens up new possibilities. Pedal power meters are now cross-discipline and an interesting option for riders of all systems.

This increases the pressure on other manufacturers. Favero has now been waiting for something new since the Assioma was unveiled in 2017. To stay competitive, an MTB-specific SPD pedal power meter has actually long been superfluous. 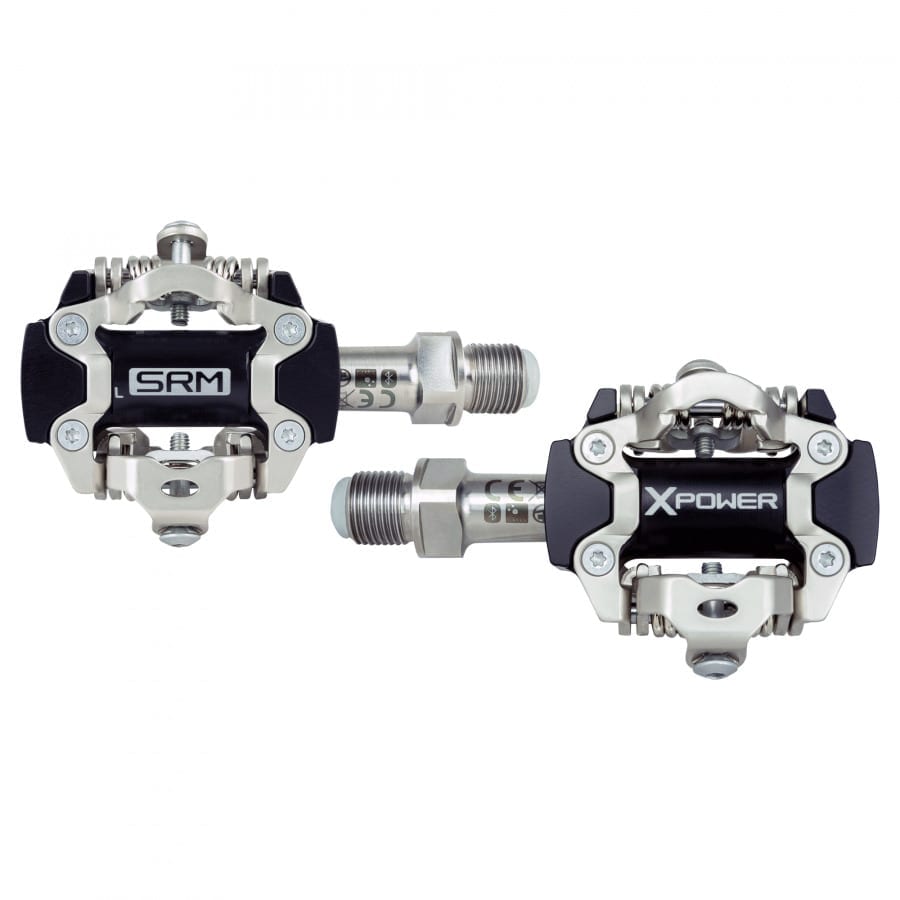 SRM, on the other hand, is waiting for the X-Power pedals to finally become available. Only then can statements be made about the quality and reliability of this, actually still new, product.

SRAM / QUARQ announced the purchase of Powertap 2 years ago. It’s been pretty quiet since then. When and if a QUARQ own successor for the P2 will come is and remains unknown. But we can assume that a possible successor will not be labeled as P3, but will come in the new QUARQ design and with a new name.

In any case, we are and will remain curious to see how the market develops in the coming weeks and months. In addition, we will of course present the various new power meters to you in detail as soon as possible.

Until then, you can find the new Garmin Rally and all other new products in our shop here: