We’ve had the Transition Scout Carbon for a bit longer. Consequently, a wide variety of parts were already mounted on it. Today, however, we want to introduce you to how the frame from the 2017 model year is currently constructed.

The Scout Carbon from Transition can undoubtedly be categorised as an all-mountain bike, because that’s exactly where it feels at home. The Scout is extremely versatile and ideal for everyday use. Whether uphill or downhill, it’s really fun.

The geometry of the Scout Carbon

Our frame is size is XL and thus has the following key data.

The wheel size is 27.5″. The suspension has 125mm of travel in the rear. In the front a fork with 140mm is recommended, but we currently have a Pike with 150mm installed.

Components installed on the Transition Scout

On the Transition Scout we have installed high quality components, most of which we have trusted for years. The individual parts are selected to ensure high reliability in everyday use.

How do we use Scout?

The Transition Scout has proven itself to us as a very versatile bike for everyday use. It offers a very good compromise between smoothness on fast root passages and agility in tight corners. This means you can rock any home trail, no matter how enduro-heavy it may be. The steering angle is not as flat as on current models, but this is not really noticeable. If at all uphill, because you are much more comfortable on the road due to the not so back-heavy seating position.

It doesn’t cut a bad figure in the bike park either. Properly tuned, the suspension offers enough reserves for drops and jumps, even though it only has 125mm of travel in the rear. It might not be as fast as a modern downhill bike, but that’s not what it’s for. Besides, speed is primarily about the rider’s technique anyway, not the limits of the bike. Here, however, you can also vary a lot by choosing the right tires. Heavily treaded downhill tires naturally affect touring performance quite differently than a narrow cross-country casing.

This also brings us directly to the next point. Although not primarily designed for this purpose, you don’t have to be afraid to stand at the start of the next MTB marathon with the Transition Scout. Especially when you consider how the geometry of current XC race bikes has changed in recent years. The current Specialized Epic and Epic Evo models have almost identical steering angles of 67.5° and 66.5° respectively.

The damper, as well as the fork currently installed by us, each offer a lockout function or a CTD switch (Climb-Trail-Descent). This means that even longer uphill passages can be completed not only easily but also quickly. Add some matching tires and you have a more than ideal down-country bike.

Conclusion about the Transition Scout Carbon

In summary, the Transition Scout, like so many other modern mountain bikes, is very versatile. It’s not just the frame, it’s the rider and the setup of parts it’s built with that determine its intended use. The result is a competent all-mountain/trail bike that doesn’t have to hide, especially downhill. With 4-piston calipers, Pike suspension fork and wide tires, it’s just fun to be on the road with this.

We would choose the Transition Scout Carbon again anytime someone asks us. Would you guys make a different choice in setup? 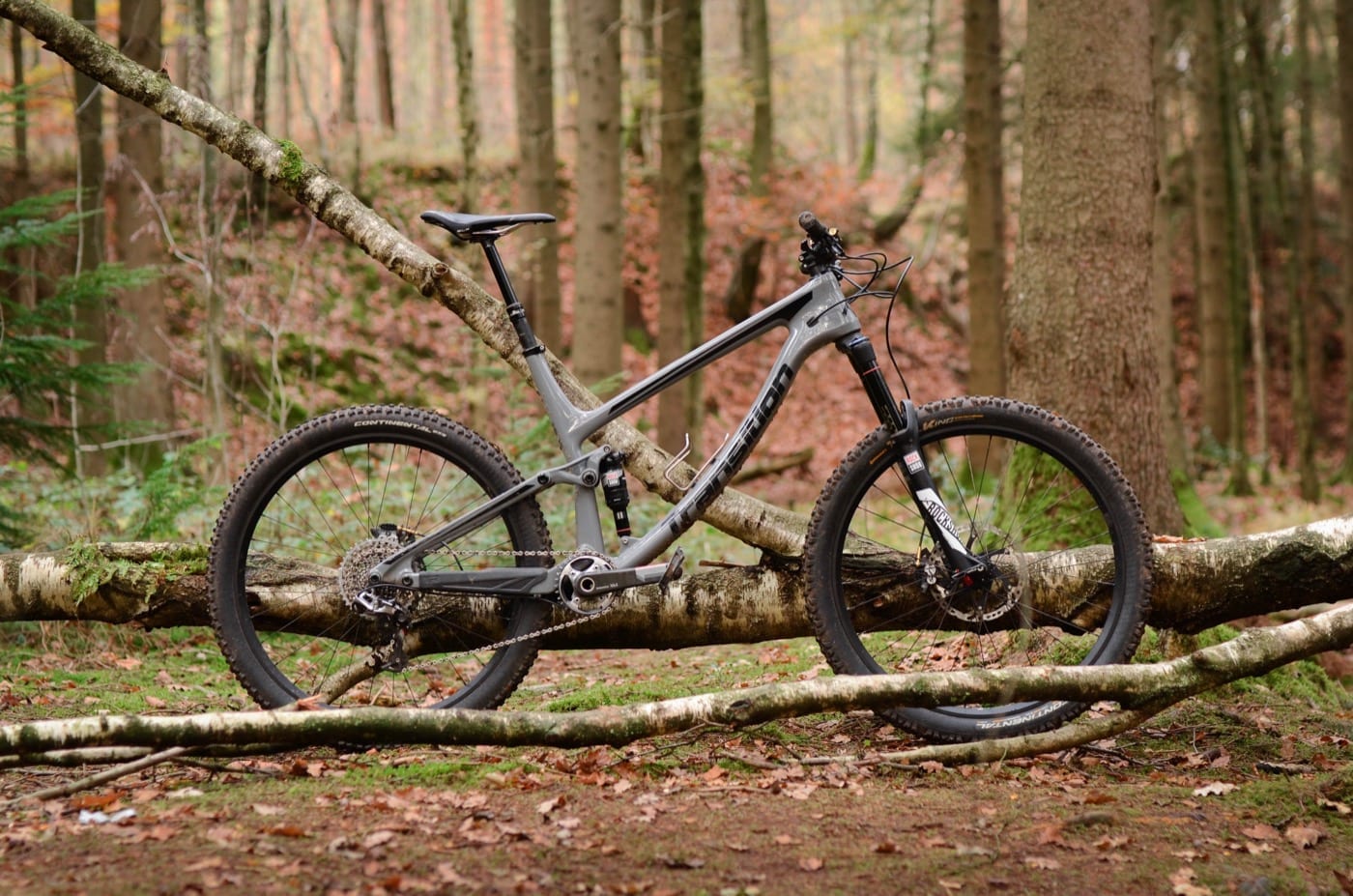