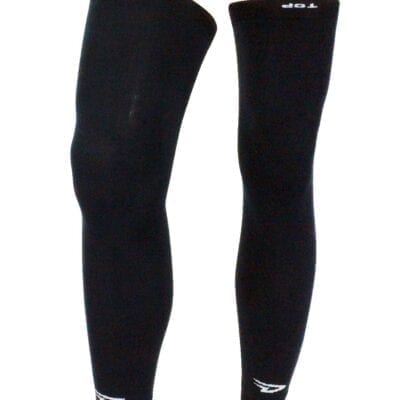 DeFeet has done things differently from day one.

At the age of four, Shane Cooper came to the United States from England. His father sold knitting machines. There was a lot of knitting going on in the eastern United States in the late 1960s. Shane grew up around knitting machines, but he became more interested in bikes and music. It wasn’t until the early 1990s that Shane decided to devote himself to knitting full-time. He set out to find a completely new way to knit socks. He found them and was able to create sock designs the world had never seen before.

DeFeet was born in 1992. The first product was a fully adjustable, air-permeable sock with open mesh. The best endurance athletes in the world immediately took notice. The features of these early designs can be found throughout the DeFeet line today. Elegant, simple, useful and durable.

Today, there is less knitting, less production in the U.S. than when Shane’s father emigrated. DeFeet will not join the outsourcing movement, which has become far too easy for companies in the United States. For us, this move is like paying someone else to play their music for you. DeFeet is the band, and we’ll play our own music, thank you. No one else can do our stuff better than we can. Harvard MBAs told us that it’s not smart to build a business the way we did. They tell us we can make more profit without getting our hands dirty with production. They say we should buy cheap products and dramatically upgrade them.

Above all, DeFeet is grateful to its customers. We celebrate those who recognize companies like DeFeet. Companies that go the extra thousand miles or so to stay in the US and make things. Companies that attract employees with useful skills who want to use them and get better and better.