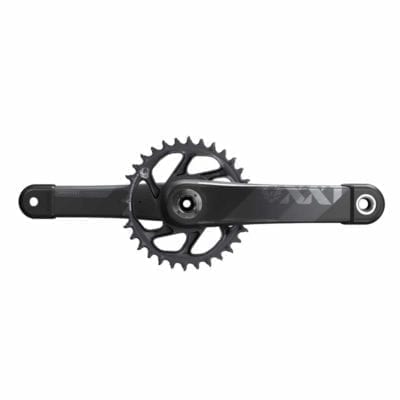 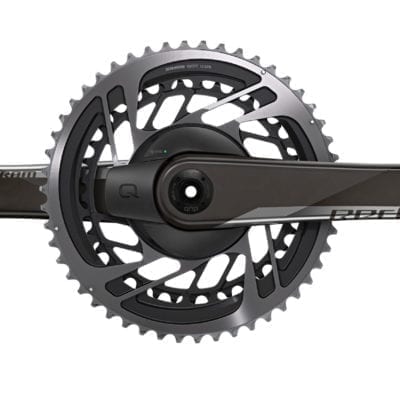 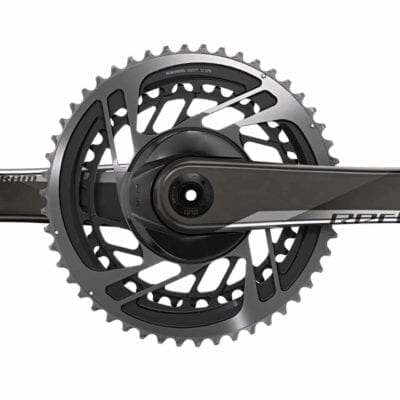 SRAM was founded in 1987 on the basis of a single product and introduced the Grip Shift (or Twist Shift) shifter to the road bike market in 1988. In 1991, this technology was adapted for mountain bikes, and SRAM grew quickly. In an effort to expand, SRAM introduced the first rear derailleur for mountain bikes in 1995, called ESP, which featured a new and unique 1:1 actuation ratio that was more tolerant of cable contamination and easier to adjust than the competition. The new front derailleur was designed to work perfectly with SRAM’s ESP grip shifters, and this was a crucial first step towards a complete shifting system.

The Group was committed to growth, both through acquisition and product development. In 1997, they bought Sachs, a legendary German manufacturer who knows a thing or two about chains and gears. Sachs provided SRAM with a team of experienced metallurgists and engineers as well as a successful production line for chains and gear hubs. In 2001 SRAM launched its first XO rear derailleur. This was a complete redesign of the existing ESP rear derailleurs and the goal was to be undeniably best in class. The introduction of SRAM’s first high-end rear derailleur marked a turning point for the company’s mountain bike groupsets.

In 2002 SRAM acquired the suspension manufacturer RockShox. RockShox was one of the most recognizable brands in cycling and an industry innovator that introduced suspension and reshaped mountain biking for the entire world. Avid was the next company to be acquired in the spring of 2004. Avid made popular hydraulic disc brakes and gave SRAM more opportunities to compete in the component market. Later that year, they acquired Truvativ, a manufacturer of cranks, bottom brackets and chainrings. With Truvativ as part of the family, the company was finally able to sell a complete drivetrain.

Although SRAM began as a manufacturer of road bike shifters, by 1993 the company was primarily serving the rapidly growing mountain bike market. By 2004, SRAM planned a return to the road and began developing two new road groupsets. In 2006 they launched Force and Rival, and Force was used in the Tour de France the following year. The group used a new proprietary shifting technology called DoubleTap. This technology allows the rider to shift a derailleur in either direction with a single paddle shifter.

In 2007 SRAM acquired the leading wheel manufacturer Zipp. In 2008, SRAM introduced the new RED premium road crankset. In 2011, SRAM acquired Quarq, a manufacturer of power measurement cranks. By 2012, SRAM had integrated power meters into its high-end RED road group. Also in 2012, SRAM introduced its XX1 groupset, a wide range of 1x 11 mountain bike shifters. The new group used a 10-42 cassette and a patented single front chainring that used both narrow and specially shaped wide teeth to hold the chain without a chain guide. In 2014, this technology made its debut on cyclocross bikes with the introduction of SRAM Force 1 (originally CX1). The group expanded to other applications, including time trial, triathlon, road and fitness bikes.

Soon after, they announced a hydraulic disc brake version of their wireless road group called the SRAM RED eTap HRD. SRAM’s HRD technology utilized a hydraulic lever design with both reach adjustment and lever contact point adjustment. In May 2016, SRAM also launched the new 1×12 drivetrain technology called Eagle in XX1 and X01 variants. The new 1×12 drivetrain has a ratio range of 500%, which is comparable to many 2x drivetrains on the market today. In October 2016, SRAM launched the WiFLi (Wider, Faster, Lighter) version of its eTap rear derailleur, which is compatible with a wider range of gears than a standard rear derailleur.

With the new MTB groupsets, in addition to their wireless electronic operation, they can also be connected to the RockShox Reverb AXS seatpost. SRAM’s AXS app makes this possible by allowing users to reassign button functions between the Reverb seatpost and the XX1 or X01 derailleur. The same AXS app also opens up the possibility of using RED eTap AXS shifters with an Eagle AXS drivetrain and Reverb AXS seatpost. Conversely, bikes with dropouts can easily be retrofitted with mountain bike handlebars when using the Eagle AXS shifter with RED eTap AXS drivetrain.

SRAM launched a Force version of its AXS groupset, which was introduced as the SRAM Force eTap AXS. The Force offered the same features and benefits as the RED version, but at a lower price. SRAM Force eTap AXS has found specifications on almost all bikes from the leading bike manufacturers.